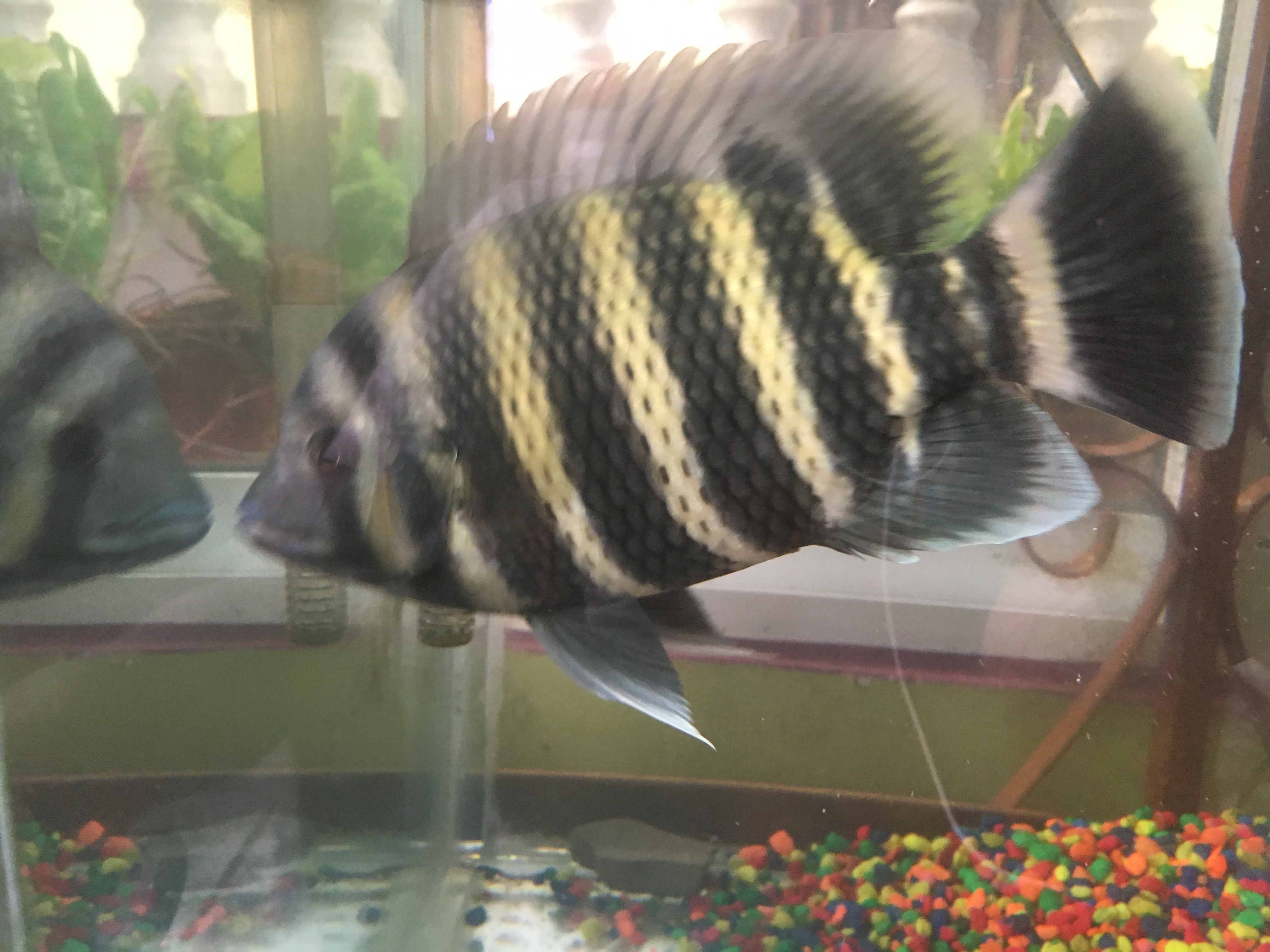 (This is a pic of him that I took today)
I have my butti for about 6 months now. I got him when we was 1.5 inches. I reason I bought him was because he was the runt of the group of buttis in that tank. He had some torn fins, scales missing but he was atleast swimming. I felt sorry for him so I bought him. He was in my 125 for a couple of months before he decided to take over the whole tank and was beating on my Texas pair. I knew the time had come for him to be kept solo I just didn't think it would be so soon as he was only 4-5 inches.
Now he's 7 inches and in a 75g grow out with a bunch of guppies and zebrafish which he could swallow in one gulp but he doesn't even look at them.
I'm just wondering if he'll ever get that typical butti aggression not to the fish but to me? Like trying to attack me through the glass and whatnot.